Good evening to you all! Have you stopped by to see the new fire house? She is a beauty isn’t she? M.S. Johnson just finished furnishing it. Ah, I see you are also admiring my new uniform as well. It was just last year when the Fire Company instated new uniforms. Before there were no official uniforms. In fact at one point the only way to designate the members of the different committees was to wear a circular tin painted with the committee name upon one’s hat. Now I must say, I am sure these men must have looked incredibly waggish.

The Columbia Fire Company has gone through many trials and tribulations since it’s beginning on July 4th 1796. It was during those days that it would take the whole town to put out a fire. Buckets would be filled from a water source and handed from one person to another standing in a line to be poured onto the flames. In a few years the Fire Company would acquire a hand engine and a leather hose. Twelve years ago in 1854 the Fire Company owned 16 sections of hose!

We are fortunate today to have the help of Columbia Borough and it’s citizens. Within the first few years of the Fire Company being started the only funds coming in were that of fines being paid by the Fire Company members themselves. Members could be taxed for many things from not having buckets, to not having their buckets hung up from not attending meetings to not aiding the town when they were truly needed. In 1815 the Fire Company appeased the borough and asked for buckets but when their plea was forgotten morals fell and the company fell away. If my history is correct this happened at least twice but each time the Fire Company came together again even stronger then Before.

It seemed the Fire Company really began to grow in 1827 when a location for our first fire house was acquired. It was only a small foul building that was erected off of the borough hall but it was a place for the Fire Company to come together. Thankfully the fire house was improved upon in 1850 but those improvements lead to a bit of an altercation with the contractor. Eventually all was well and now here we are in 1866 with our brand new fire house! You know, I don’t believe I’ve introduced myself. I am Colonel Gossler, president of the Fire Company, pleased to make your acquaintance.

Speaking of new things, I almost forgot! I had wanted to speak with the other officers about the new fireman’s hat coming to market with the protective back shield. It looks to be a very promising piece of equipment! Please continue on your way to…where were you going again? Either way make sure you stop by the Columbia Market house, I’m sure you’ll find exactly what you need there! 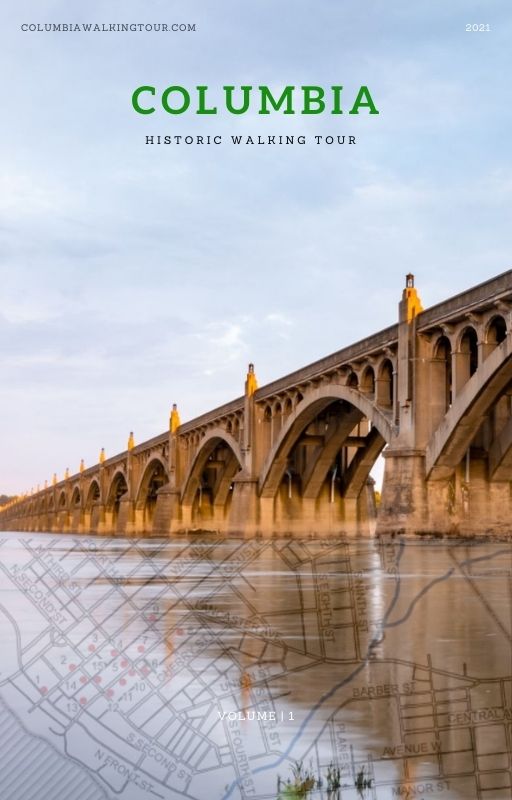